Home » About Sheringham » History Of The North Norfolk Railway

A Brief History Of The North Norfolk Railway

What is now the North Norfolk Railway and a key attraction associated with Sheringham, was created in 1887 when the Midland & Great Northern Joint Railway extended their network from Holt, through Sheringham to Cromer. The line was built by William Marriott who ran the M&GN until 1924.

The M&GN had a network of lines radiating from Melton Constable with lines to:

• North Walsham and Great Yarmouth (Beach)
• Norwich City
• South Lynn from where the line ran to Little Bytham in Lincolnshire to connect with traffic from the North on the Great Northern mainline from London to York. For trains heading south, there was also a branch which joined the Great Northern at Peterborough allowing travel from North Norfolk into London quite conveniently.

In 1923 when the other major railways of Britain were grouped to form the London & North Eastern Railway, London Midland & Scottish, Great Western Railway and Southern Railway, the M&GN unusually remained an independent company under joint control of the LMS and the LNER. In 1936 the LNER took over full ownership of the M&GN but did little to develop the former M&GN.

When the railways were nationalised in 1948 the former M&GN lines became part of British Railways Eastern Region who set out to cut services on unprofitable lines. The BR modernisation plan launched in 1955 saw BR make significant economies; the M&GN was a prime candidate and almost all of the M&GN closed in 1959. The section from Melton Constable through Holt and Sheringham to Cromer survived until 1964 when the service was cut back to just Sheringham – Cromer where the line connected with the rest of the national network. It is the only section of the M&GN in Network Rail ownership. 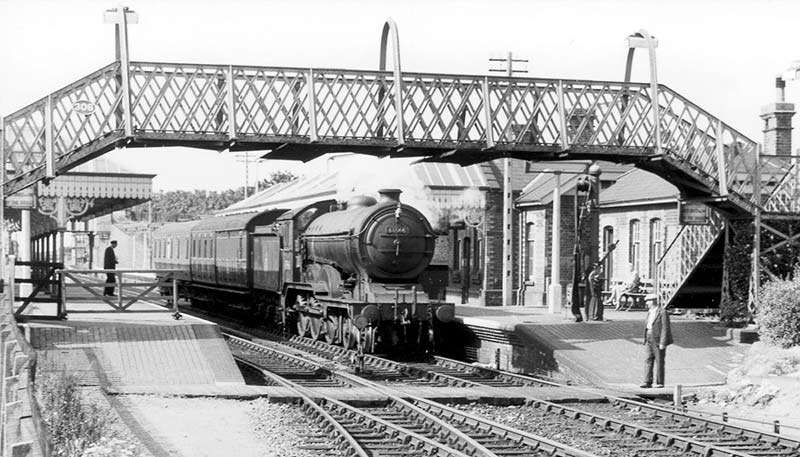 Sheringham Station in the 1950’s

When most of the M&GN was closed in 1959, the Midland & Great Northern Railway Society (now the line’s supporting Charity) was formed to save some of the former railway. By 1973 it was apparent that the next section to save was that from Sheringham to near Holt, and the North Norfolk Railway PLC was formed with the first public service between Sheringham and Weybourne in 1975.

The line was rebuilt to Kelling Heath Halt in 1984 and to Holt in 1988. A new station has been built here as the original, closer to the town, was demolished to make way for the town’s bypass. The station building you see today originally stood at Stalham and was taken down brick by brick, transported and rebuilt at Holt to recreate a typical country station.

The line is 5½ miles long and rises quite steeply from Sheringham Station (100ft) to Holt (300ft).

The vast majority of the people working for the North Norfolk Railway are volunteers and we are always on the lookout for people who are prepared to offer their expertise and time to help us to run one of the most popular visitor attractions in North Norfolk.

Norfolk was rather behind with the development of the railways and it wasn’t until the mid 1840s that there was a rail link between Norwich and London. The purpose of building railways was primarily for the transport of goods thus there were early links between Yarmouth and Norwich; and Kings Lynn to Swaffham and Dereham. 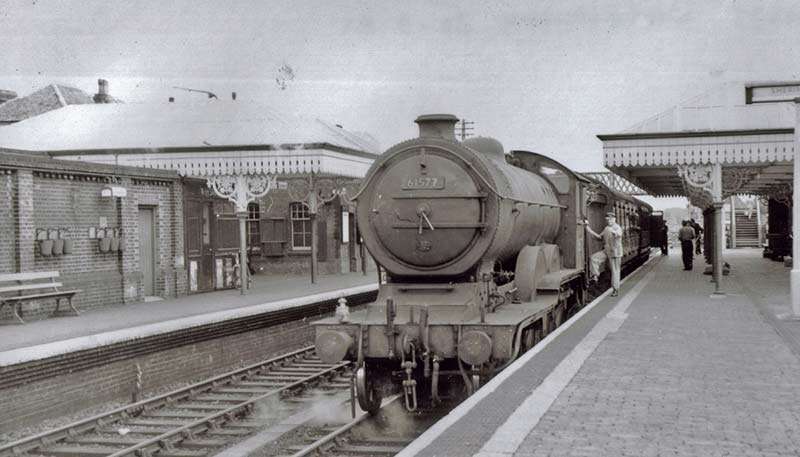 Local landowners and businesses were concerned about the monopoly of the Great Eastern Railway and also the fact that all goods had to go through London. They could see that an enormous area of the Midlands and the North could be supplied with market produce and in return receive coal if there was a more direct link. Thus the idea of an east/west line was born. Small local railways combined together to create a line that went from Great Yarmouth, across Norfolk to South Lynn and on to Little Bytham where it joined up with the Great Northern line.

The line was 161 miles long and was single track with numerous passing loops. It became very busy with working class holiday makers from the Midlands heading to the Broads or seaside holidays on the Norfolk Coast. By the late 19th century over 80 trains were scheduled on many days. These usually consisted of 8 to 10 coaches (so would carry around 300 passengers) but some had as many as 16 carriages.

The branch line from Melton Constable opened to Holt in 1884 and was extended through Sheringham to Cromer in 1887. The line had an immediate impact on Sheringham, where between the 1881 and the 1911 census the population trebled.

Part of this increase was also due Clement Scott – a poet and theatre critic who coined the name “Poppyland2 for this part of North Norfolk in an article for the Daily Telegraph published in August 1883. People wanted to experience this rural idyll and so the area became very popular and items, such as cups, saucers and plates, were produced as Poppyland memorabilia.

Popularity of this area continued to grow and the railway developed into the early 1900s with stations being built at Overstrand, Sidestrand and Mundesley. Weybourne Station was also built at this time, specifically to encourage more tourist traffic with the Weybourne Springs Hotel being built nearby.

After WWI the area continued to flourish with the railway carrying many tourists—4,500 to and from the Midlands on a typical summer Saturday! There was the transport of coal from the Midlands, with fresh fruit, crabs and, of course herrings from Great Yarmouth, in the opposite direction. The Scottish herring girls used to travel by train to Great Yarmouth and the M&GN insisted that these trains consisted of corridor coaches—otherwise the girls would have had a 500 mile journey without access to ‘facilities’.

By the late 1930s the demand for the railway was beginning to wane but during WWII it provided a vital supply route for materials to build the numerous airfields that were to cover the Norfolk landscape. 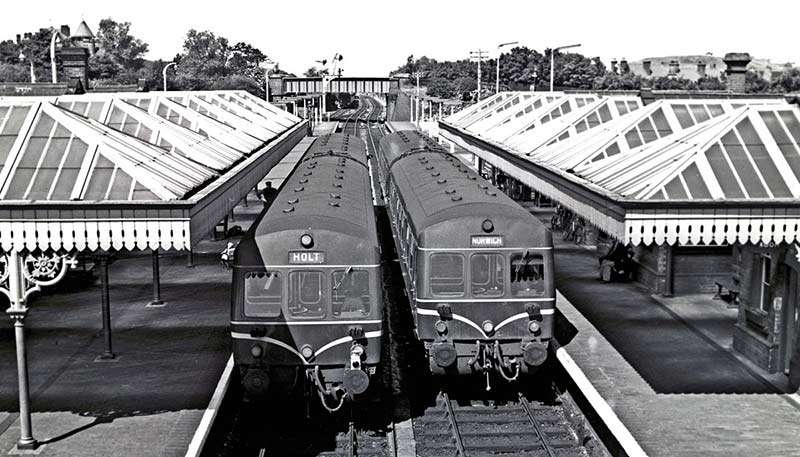 Closure became inevitable by the 1950s as the only busy times were the holiday specials during the summer months so, in February 1959, all 161 miles between Great Yarmouth and Little Bytham were closed. It’s worth remembering that although the line was single track and carried thousands of passengers, there was not one fatality.

Text on this page kindly provided by North Norfolk Railway

The history of Sheringham