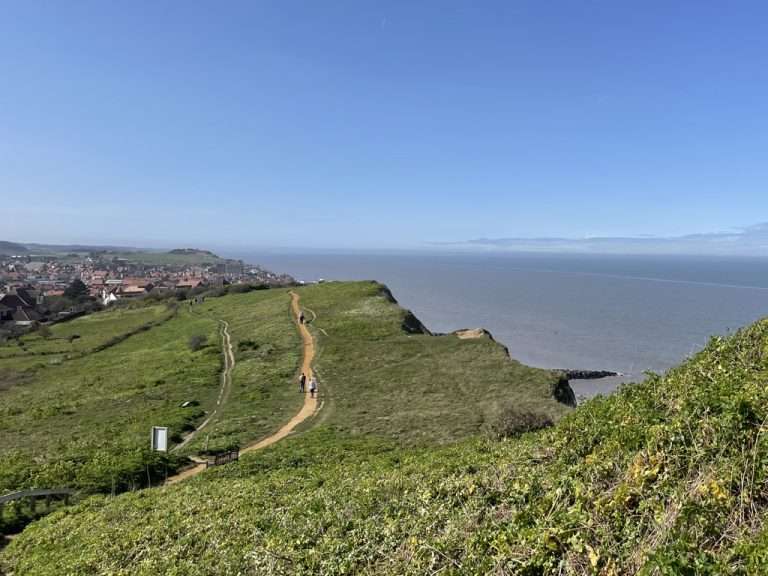 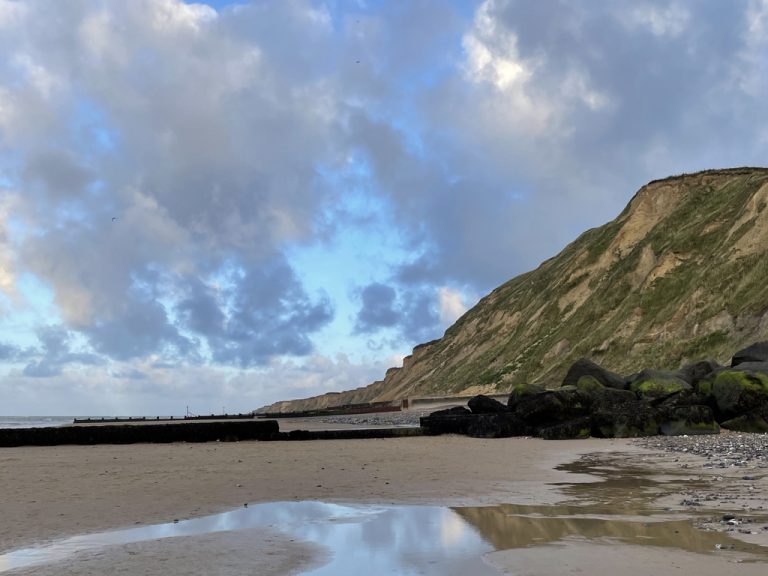 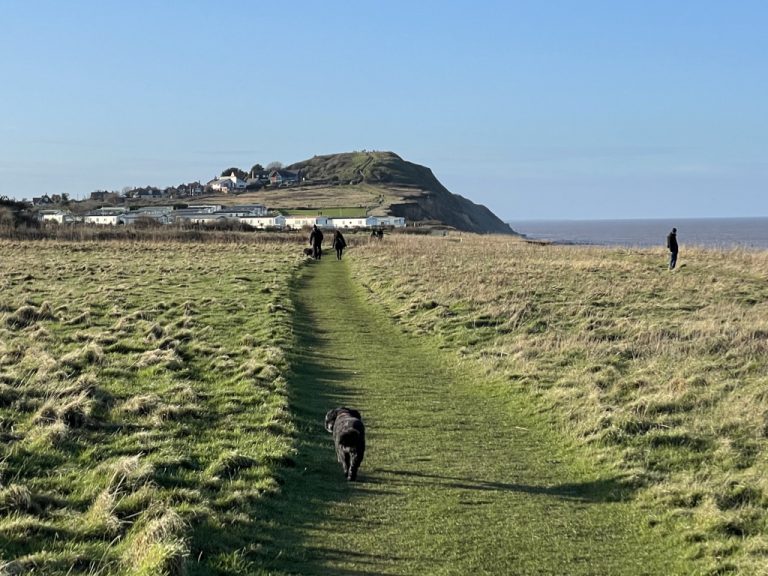 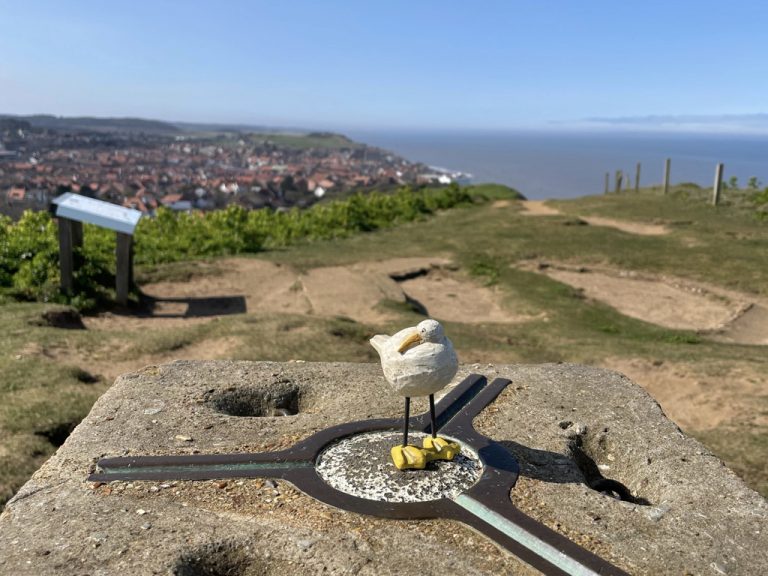 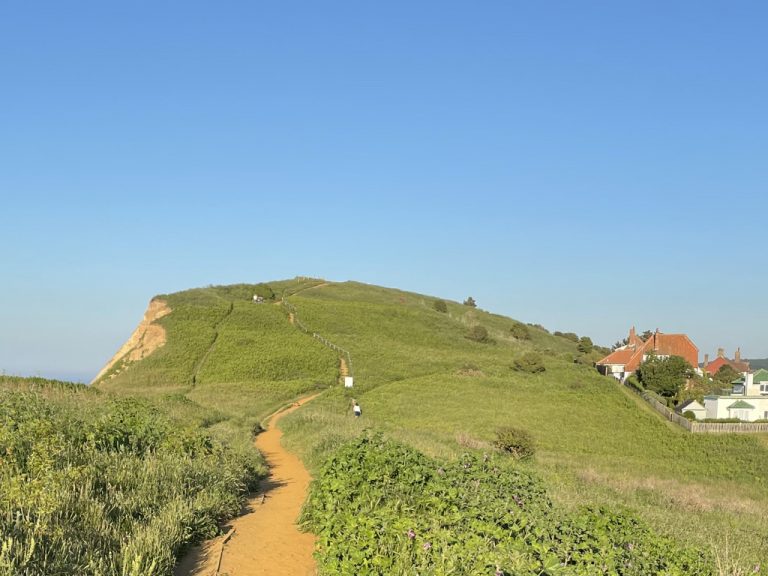 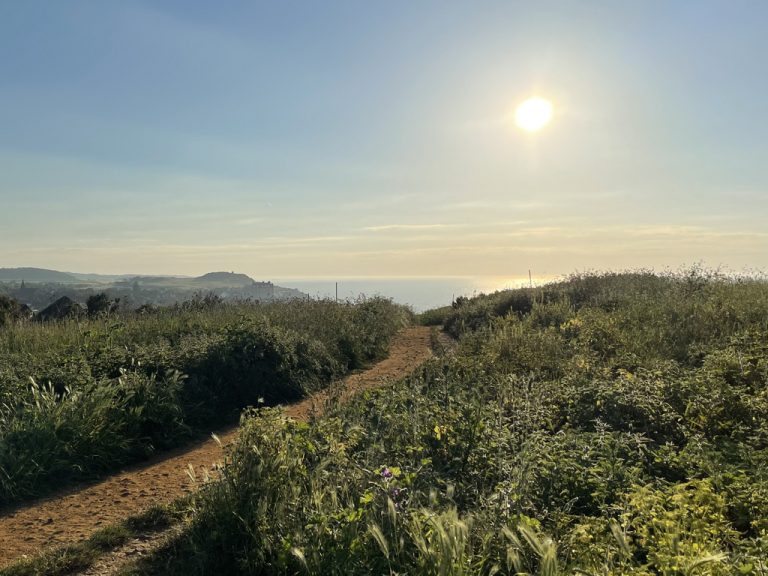 Beeston Bump, (also called Beeston Hill), is located to the east of Sheringham.

It is a mound of sand, boulders and gravel, standing 63 metres (207 feet) above sea level.

A trig pillar is situated from the top of the Bump, where you have panoramic 360 degree views of the surrounding areas. You can easily see Cromer church and lighthouse (some 5 miles away) and Blakeney Point in the opposite direction. Inland you have views of Incleborough hill and the surrounding woods and heath land, not forgetting the view over the town of Sheringham and the golf links at Skelding Hill.

There are the remains of the Beeston Hill Y Station used during World War II to intercept radio signals from German E-boats. The octagonal concrete base where the operator’s tower would have been measures almost 4 metres across, with a channel running through the middle.

Beeston Bump is also a Site of Special Scientific Interest on the east side as it has interesting geology from the Pleistocene period.

The Beeston Bump and Beeston Common is where Black Shuck, the legendary devil dog allegedly had his lair! The author Arthur Conan Doyle while recovering from Typhoid fever in 1901, walked the Bump where he got the inspiration for ‘The Hound Of The Baskervilles’, a Sherlock Holmes short story.

Beeston Regis Common lies to the east of the Bump, an area dedicated to wildlife and nature.