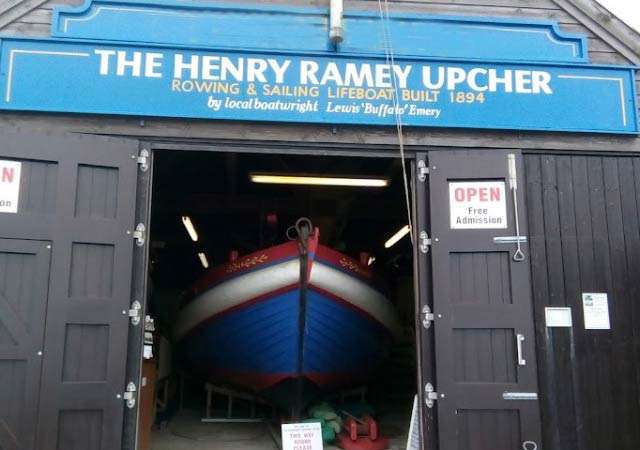 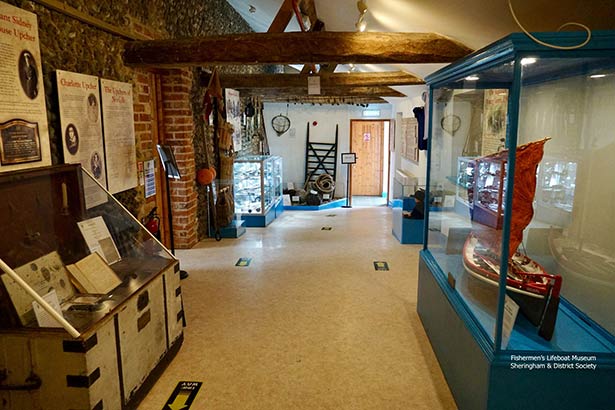 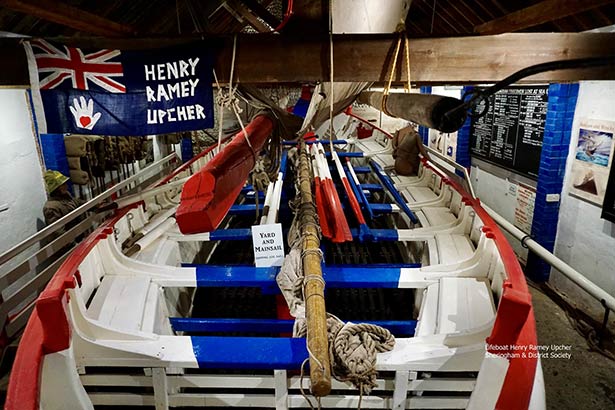 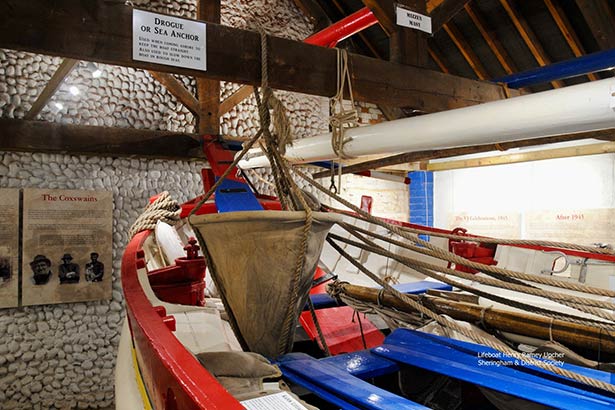 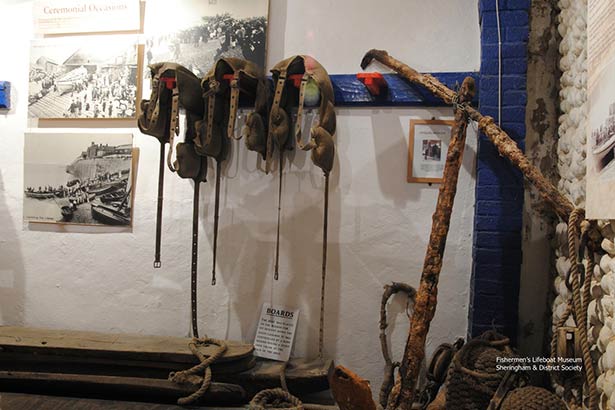 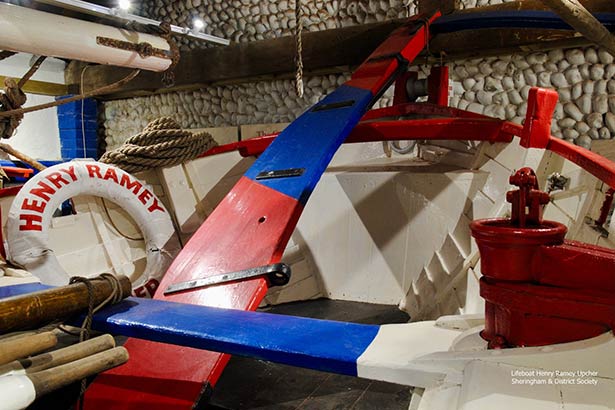 The main exhibit in our museum is the Henry Ramey Upcher lifeboat (HRU) which was constructed in 1894 and remained in service until 1935. During these years she is credited with rescuing 193 lives when called out 33 times to vessels in distress. These vessels ranged from small locally based fishing boats to larger sea-going vessels, many of which were on international sailings with foreign crews. Finance for the vessel was provided by the Upcher family of Sheringham Hall. She was named after the man who had been squire of Sheringham for most of Queen Victoria’s reign and was constructed by Lewis “Buffalo” Emery. Members of the Emery family, one of many skilled boatbuilding families in Sheringham at that time, continue to live in the town and to volunteer in the museum.

The HRU was a replacement for the Augusta, Sheringham’s first lifeboat, which was constructed in 1838. The Augusta was also provided by the Upcher family and was named after a daughter of the family who had died young of consumption. She and the HRU were known as the Fishermen’s or Private lifeboats, to distinguish them from those provided by the RNLI. The Augusta served for a remarkable 56 years but was eventually abandoned because of “nail sickness” (rusting of the iron nails). Metal fixings in the HRU were made of a copper-based alloy. Early launchings and rescues by the Augusta were not recorded so it is not known how many lives were saved.

Both the Augusta and the HRU had no engines and were pulling and sailing boats of a design known as the Norfolk and Suffolk type. They were powered entirely by the muscles of the crew, which was almost always the case under rescue conditions, and by sail if conditions allowed. By 1894 when the Augusta was replaced by the HRU there was also a lifeboat stationed here provided by the RNLI, but despite this the crew petitioned the Upcher family to replace her with a boat of similar design. This was due largely to the affection in which the Augusta was held by her crew and also because of problems encountered with the lifeboats provided to the town by RNLI headquarters. Consequently Sheringham continued for many more years as a two-lifeboat town, with co-operation and friendly rivalry between the crews.

The HRU is housed in her original shed, which had formerly housed the Augusta. This is situated at the top of what is known as the Fishermen’s Slope. Unlike most lifeboats she did not have a launching carriage to lower her into the sea but instead was man-handled into the surf, a somewhat dangerous operation requiring many more than the crew to assist, and after service was winched back up the slope, again with the help of many hands and shoulders.

Visitors are able to appreciate the bravery of the crew who launched off into a raging sea to rescue lives, with no little risk to their own. For opening times see the Sheringham and District Society’s website, sheringhamsociety.com.